Verses of Mahdism (Arabic: الآيات المهدوية) are Quranic verses interpreted as being concerned with issues of Mahdism, such as Reappearance, al-Mahdi's uprising, his Occultation, and his reign. Such verses are said to amount to about 500, and in exegeses of these verses, appeals are made to hadiths from Ahl al-Bayt (a).

Many books have been written about verses of Mahdism.

Main article: List of Quranic Verses about Imam al-Mahdi (a)

Verses of Mahdism are Quranic verses in exegeses of which there are references to issues of Mahdism such as Reappearance, uprising, Occultation, and reign. Some authors take the number of such verses to amount to about 398,[1] and others to 500.[2]

Verses of Mahdism are categorized into the following: 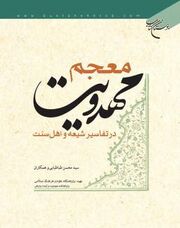 The book Mu'jam Mahdawiyya in Shia and Sunni exegeses

Books have been written about verses of Mahdism and their exegeses.[12] These verses are discussed in these books in different ways; for example, in the order of the traditional compilation of Quranic suras, in order of the revelation of such suras, and in terms of subject-matters.[13] Here are some of these books: