Sayyid Muḥammad al-Tījānī al-Samāwī (Arabic: سید محمد التیجانی السماوی) (b. 1936) is a famous Tunisian scholar who embraced Shi'a after being Sunni. He was initially an adherent of al-Maliki school of thought; however, after his trip to Saudi Arabia, he grew inclinations towards Wahbbisim and started propagating its beliefs. Finally, after his journey to Najaf and searching for the truth, he talked with Shi’a scholars and embraced Shi’a.

After conversion to Shi’a, he wrote some books supporting Shi’a beliefs. One of which is Then I Was Guided, in which he reported the story of his conversion and his meetings with Shi’a scholars. His conversion provoked adverse reactions from the Wahhabis. Some of them slanderously characterized his works as forged and accused him of apostasy. According to al-Tijani, the books al-Muraja'at and al-Nass wa l-ijtihad, both by Sharaf al-Din, and also Sayyid Muhammad Baqir al-Sadr, one of the Shi’a religious authorities, have had the greatest impact on his becoming a Shi’a.

Muhammad al-Tijani al-Samawi was born in 1936 in the southern Tunisian city of Gafsa. According to him, his family was originally from Samawah, Iraq, who had migrated to North Africa during the Abbasid period. He completed his preliminarily studies for two or three years in a branch of the University of Ez-Zitouna in Tunisia. After the independence of Tunisia, he went to Franco-Arab schools to continue his education. Then, he became an assistant professor at a pre-university institute, where he taught for about 17 years.

To continue his studies, al-Tijani went to France, where he spent more than eight years at Sorbonne Université and the Institute of Higher Education Islamique De Paris, comparing religions, especially monotheistic religions. He graduated from Sorbonne with a bachelor’s degree in specialized research in this field. Afterward, He received an international Ph.D. from the same university in philosophy and humanities, and later in Islamic history and Denominations. The subject of his doctoral dissertation was Islamic Thought in Nahj al-Balagha, during which he translated Nahj al-Balagha into French. After receiving his Ph.D., he taught for one year at the Sorbonne and three years at the Balzac Institute in Paris. As a child, al-Tijani had memorized half of the Qur’an; therefore, during the months of Ramadan, he sometimes participated in the Tarawih prayer as an imam. According to him, the name ‘al-Tijani’ is derived from a Sufism order by the same name, common in Tunisia, Morocco, Algeria, Libya, Sudan, Egypt, etc. They believe that all the shaykhs and friends of Allah have taken their knowledge from each other, except for Shaykh Ahmad al-Tijani, who took his knowledge directly from the Prophet Muhammad (s). 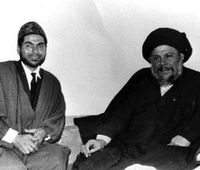 Al-Tijani was an adherent of al-Maliki school of thought. In 1964, he attended a conference on Arab Muslims in Mecca. During this trip, he inclined towards Wahhabism and consequently propagated its beliefs. During a trip to Beirut, al-Tijani met Mun’im, a Shi’a professor from the University of Baghdad, and in a conversation with him, accused Shi’a of infidelity and polytheism; but Mun’im invited him to Iraq to learn more about Shi’a school of thought. Al-Tijani accepted the invitation, and during his trip to Iraq, he visited the shrine of Imam Ali (a), the shrine of al-Kadhimiya (a), and the tomb of Sheikh Abdul Qadir Gilani and met with some Shi’a scholars. A meeting with Ayatullah al-Khu'i and another with Sayyid Muhammad Baqir al-Sadr, two Shi’a religious authorities, dispelled some of his misconceptions about Shi’a.

As he has said, Shi’a scholars, especially Sayyid Muhammad Baqir al-Sadr, influenced him. In his book “Then I Was Guided,” he has reported these meetings: his questions and the answers of Ayatollah al-Sadr. These meetings provoked him to research in order to find the truth. “I made a pact with myself, to accept the hadiths narrated by both Shi’a and Sunni as definite and authentic documents, and to abandon the hadiths that were trusted only by one sect,” he said. Al-Tijani studied Shi’a beliefs. The most important books that influenced him were al-Muraja'at and al-Nass wa al-ijtihad both written by Sayyid Abd al-Husayn Sharaf al-Din. 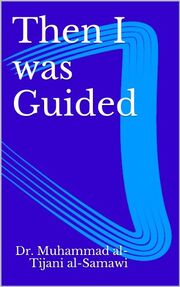 The book Then I was guided

After embracing Shi’a, Tijani wrote books proving the legitimacy of Shi’a and rejecting Sunni beliefs. Some of these books are as follows: Then I Was Guided (Thumma ihtadaytu), To Be with the Truthful (li akun ma’ al-sadiqin), Ask the People of the Reminder (Fas’alu ahl al-dhikr), The Shi’a Are the True People of Sunna (al-Shi’a hum Ahl al-Sunna), All the Solutions Are with the Household of the Prophet (Kull al-huluh ‘ind Al al-Rasul), Know the Truth (I’rif al-haqq), Travel over the Land and then Observe (Fa siru fi al-ard fa inzuru), and Be Wary of Allah (Ittaqu Allah).

He has related the story of his conversion in his book Then I Was Guided. The book contains his autobiography, the accounts of his trip to Iraq, and the details of his meetings with Shi’a scholars. In addition, he has defended and proved Shi’a beliefs through quoting the hadiths narrated by Sunnis. This book has been translated into fourteen languages and published several times in Iran.

In an interview, al-Tijani stated that after becoming a Shi’a, he faced extreme adverse reactions from Wahhabis and Saudis. According to him, they initially denied the existence of a person named al-Tijani who had converted to Shi’a. Then they claimed that the book Then I Was Guided was written by Israelis. Some of them even said that he is neither a Shi’a nor a Sunni; rather, he has become an apostate.