From WikiShia
(Redirected from Yusuf)
Jump to: navigation, search 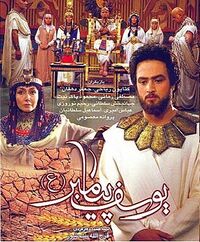 The story of Joseph (a) has been reflected in media and artwork, such as painting, tiling, literature, cinema, and television. In 2008-9, the TV series "Joseph the Prophet" was broadcasted from the Iranian TV Channel One.