The Origins and Early Development of Shi'a Islam is a book about the formation of Shiism from the early Islamic era to the period of Imam al-Sadiq (a). The book was authored by Syed Husain Mohammad Jafri, an Pakistani author.

According to this book, the incident of Saqifa caused a division among Muslims, and the primary core of Imam 'Ali’s (a) Shias were those who followed him in refusing to pledge their allegiance to Abu Bakr. The author believes that the period between the Event of Saqifa (11/632) and the selection of 'Uthman b. 'Affan as the caliph (24/644) is the formative period of Shiism, maintaining that the second stage of the development of Shiism began after Imam al-Husayn’s (a) martyrdom. Moreover, he holds that the period between 'Uthman’s caliphate and Imam 'Ali’s martyrdom marked a milestone in the history of Shiism. Furthermore, Imam al-Hasan’s (a) peace treaty had long-term outcomes in the development of Shiism.

Syed Husain Mohammad Jafri (b. 1938) is a Shiite author from Pakistan.[1] He received his PhD degree from the University of Lucknow, India, and School of Oriental and African Studies in the University of London.[2] He taught Islamic studies in the University of Malaya in Kuala Lumpur and the University of Beirut.[3] He contributed to the writing of al-Munjid dictionary, and was the editor-in-chief of the Islamic quarterly of Hamdard Islamicus in Pakistan.[4] It is said that he seeks to do research on the sources of Nahj al-balagha and write a translation and exposition for the book in English.[5] He visited Aqa Buzurg Tihrani in Najaf, and knows English and Arabic.[6]

Syed Husain Mohammad Jafri’s motivation for writing The Origins and Early Development of Shi'a Islam was to assess the grounds of the formation of Shiism and its course of development by drawing on the available evidence, particularly historical texts. He believes that although the emergence of Islam was widely studied, the grounds of the early formation and development of Shiism was not properly noticed. In his view, the relevant works that were written before were under the influence of the works of 'Abd al-Qahir al-Baghdadi, Ibn Hazm al-Andulusi, and 'Abd al-Karim al-Shahristani on al-Milal wa-l-nihal (religions and creeds), which adopt an unrealistic antagonist approach to Shiism.[7]

The Author’s View of the Formation of Shiism

The author of The Origins and Early Development of Shi'a Islam believes that the incident of Saqifa was the cause of division among Muslims.[8] On his account, ignorance of this incident in considering the history of Shiism would lead to inaccurate conclusions.[9] He believes that the primary core of Imam 'Ali’s (a) Shias consisted of those who refused to pledge allegiance to the caliphs that preceded the Imam (a).[10] In his view, historically speaking, the period between the incident of Saqifa and the Six-Member Council, which led to the selection of 'Uthman as the caliph, is the formative period of Shiism.[11] For this reason, he refers to the conflicts between 'Ali (a) and Shaykhayn as the relatively dormant period of the formation of Shiism.[12]

Jafri also believes that the period from the beginning of 'Uthman’s caliphate (24 AH) and Imam 'Ali’s (a) martyrdom (40 AH) is crucial to the formation and development of Shiism in several ways.[13] On his account, Imam al-Hasan’s (a) peace treaty had long-term outcomes for the formation of Shiism.[14] Moreover, Imam al-Husayn’s (a) martyrdom marked the second historical stage of Shiism, which is when Shiism began to be branched into sects.[15] 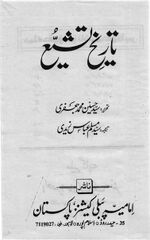 The book The Origins and Early Development of Shi'a Islam is structured into eleven chapters:

Basic concepts: in this chapter, the author traces the roots of the division of the Islamic community into Shias and Sunnis.[18]

'Saqifa, the starting point of conspiracies: in this chapter, the author draws on Shiite and Sunni sources to provide an account of the Event of Saqifa.[19] He believes that the grounds for Abu Bakr’s selection as the caliph were prepared because of tribal rivalries between Muhajirun, Muhajirun’s fear of being dominated by Ansar if a war breaks out, the rivalries between Aws and Khazraj, and Abu Bakr’s own advantages such as agedness and close relations with the Prophet (s).[20]

Imam 'Ali (a) and Shaykhayn: in this chapter, the author assesses the conflicts between Imam 'Ali (a) and Shaykhayn (Abu Bakr and 'Umar) as the “period of relative dormancy[21] in the history of the development of Shiism.”[22] He believes that Imam 'Ali’s (a) final allegiance to Abu Bakr was due to the martyrdom of Lady Fatima (a) and tribal riots during Abu Bakr’s caliphate. Moreover, he holds that confiscation of Fadak and Abu Bakr’s selection of 'Umar b. al-Khattab as his successor in caliphate were done to undermine Imam 'Ali’s advantages.[23]

Flourishing of the Shiite movement: in this chapter, the author mentions the factors that prepared the ground for the flourishing of the Shiite movement. Moreover, he provides an account of how 'Uthman became a caliph, events during his caliphate, Imam 'Ali’s (a) position at the time of 'Uthman’s murder, people’s rush to Imam 'Ali (a) to ask him to accept the caliphate, his reasons for refusing to do so, and the grounds of the battles of Jamal, Siffin, and Nahrawan.[24]

Kufa, the center of Shiite activities: in this chapter, the author provides a history, population structure, and tendencies of people in Kufa. He gives an account of the circumstance of Kufa during Imam 'Ali’s (a) period, arguing that the city’s tendency toward Shiism was largely due to Yemenis and Persians who constituted the majority of its population. Moreover, he believes that people of the city were the first who pledged allegiance to Imam 'Ali (a) under the guidance of Malik al-Ashtar.[25] Nevertheless, the author divides people of Kufa into three groups: faithful followers of 'Ali (a) who were submissive to his commands, tribal leaders who tended toward Mu'awiya, and masses of people who tended toward 'Ali (a) but avoided dangers.[26]

Imam al-Hasan’s (a) peace treaty: in this section, the author introduces the character of Imam al-Hasan (a). He notes the grounds prepared by Mu'awiya to lead him to a peace treaty, believing that the silence of Shias at the time was because of Mu'awiya’s suppressions.[27] The author holds that Imam al-Hasan’s (a) fight against Mu'awiya is a dark part of the history of Islam, which is why he introduces and criticizes the sources of this event.[28]

Efforts on the path of truth: this chapter is devoted to internal issues and divisions of Shias in the periods of Imam al-Sajjad (a) and Imam al-Baqir (a).[30]

The creed of Imamate: in this chapter, the author argues that Imam al-Sadiq (a) asserted the two principles of textual evidence and divine (ladunni) knowledge for Imamate and formulated a jurisprudential school.[32] 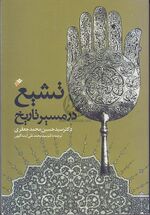 The book, The Origins and Early Development of Shi'a Islam, was written in 1976 in English. It was published by Longman Group Ltd in New York in 1979[33] and Oxford University Press and Longman Group United Kingdom in London.

In 1980, the book was translated by Sayyid Muhammad Taqi Ayatullahi into Persian, which was published by Daftar-i Nashr-i Farhang-i Islami in 292 pages. Until 2013, it was reprinted 18 times in Iran.