Nafas al-mahmūm fī muṣībat sayyidinā l-Ḥusayn al-maẓlūm (Arabic: نَفَسُ المَهموم فی مصیبة سیّدنا الحسین المظلوم), is a book written by Shaykh 'Abbas Qummi, regarding the Battle of Karbala and the following incidents. It begins with the birth of Imam al-Husayn (a) and goes on with his virtues and then describes all the events regarding his allegiance and his martyrdom.

Considering his motivation for writing the book, Shaykh 'Abbas has said:

"I longed to write a brief book about the martyrdom of our master Imam al-Husayn (a), and to cover in a book what I consider authentic and has passed to me from reliable narrators and with a complete chain of narrators. But I was constantly restrained from this purpose by barriers and occupations, until I was honored to make a pilgrimage to the tomb of Imam al-Rida (a), and in his holy shrine I prayed and asked God to give me a chance and grant my wish, for that was my greatest desire."

The name of the book is inspired by a hadith from Imam al-Sadiq (a) that he said; "the breathing of the stricken by the oppression carried upon us is as praising God (tasbih), and the grief over us is the worship of God, and the reservation and concealment of our secret is jihad for the sake of God."[3] Imam al-Sadiq (a) then added; "this hadith must be written in gold letters." Muhaddith Qummi therefore, has called his book this name (the breathing of the stricken), since it reminds of the miseries of Ahl al-Bayt (a).

The book includes five chapters and a conclusion:

Reporting the Event of Karbala, preachers would use various references before the book Nafas al-mahmum was written, such as; Bihar al-anwar vol. 10, Muthir al-ahzan by Ibn Nima al-Hilli, Muhayyij al-ahzan by al-Sayyid 'Abd Allah Shubbar, al-Luhuf by Ibn Tawus, Maqtal of Abu Mikhnaf, etc. None of these books, though, as 'Ali Dawani observed, quenched the thirst of the seekers of the Event of Karbala and were comprehensive.[10] Muhaddith Qummi therefore, compiled his book from all he knew as authentic and valid in reliable sources.[11]

Shaykh 'Abbas has used the following books as sources:

The author has asked readers to mention the book's name and author when narrating or reporting a part of his book. He stated, "I desire this noble book to be perceived among the Maqtals (books describing the Event of Karbala), and I want preachers to observe this stimulation and to pray for me."

Following this observation, Shaykh 'Abbas mentions plagiarism's impropriety, which he considers as even worse than robbery. 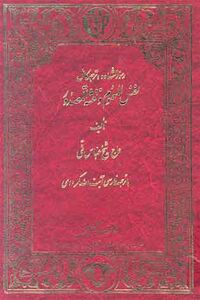 Sayyid 'Ali Kashifi Khwansari has summarized and revised this book.[18]