Al-Luhūf ʿalā qatlā al-ṭufūf (Arabic: اللهوف علی قتلی الطفوف) or al-Malhūf ʿalā qatlā al-ṭufūf best known as "Luhuf" is a book about the tragedies of the Battle of Karbala and the martyrdom of Imam al-Husayn (a). It is written by Sayyid b. Tawus al-Hilli (d. 664/1266). This book is one of the famous Maqtal books among Shi'a. Because the author wrote this book for the pilgrims of Karbala, the book is brief and does not contain complete chain of narrators, rather only that last narrator or the source of narration.

Although Sayyid b. Tawus never accepted the Niqabat position during the Abbasid Caliphate,[3] but he was the Naqib of the Shi'a during the rule of Hulagu Khan (Founder of Ilkhanate dynasty). Due to his great ethical traits, his piety and constant attention to his deeds, his spiritual experiences, and his acts of wonder, he was famous as Jamāl al-ʿĀrifīn (The Beauty of the Mystics).[4]

Despite having some scholarly issues, such as the omission of the chain of narrators and narrative structure, Sayyid b. Tawus did not report the exaggerative reports that were presented in similar books. Besides, this book contains some exclusive accounts which had not been reported in other Maqtal books, such as Imam al-Husayn's letter to Banu Hashim (Hashemites) and his foretelling about his martyrdom by this phrase "…indeed, Allah wanted to see me martyred."[8] 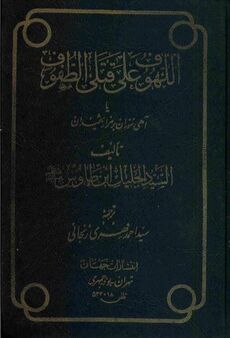 Due to the importance, the special way of writing, and scholars' need, the copyists paid special attention to this book. Thus, there are many manuscripts available from this book in libraries around the world, such as: