From WikiShia
(Redirected from Al-Sayyid b. Tawus)
Jump to: navigation, search

This article is about 'Ali b. Tawus, known as al-Sayyid b. Tawus. For other people named as Ibn Tawus, see Ibn Tawus (disambiguation).

Al-Sayyid Raḍī al-Dīn, ʿAlī b. Mūsā b. Jaʿfar b. Ṭāwūs (Arabic: السید رضي الدین، علي بن موسی بن جعفر بن طاووس) (b. 589/1193 - d. 664/1266) famously known as al-Sayyid b. Ṭāwūs (Arabic: السيد بن طاووس), was a great Shi'a scholar, author of al-Luhuf, Naqib of Shi'a during the reign of the Mongols over Baghdad. Due to his great ethical traits, his piety and constant attention to his deeds, his spiritual experiences and his acts of wonder, he was famous as Jamal al-'Arifin (beauty of the mystics).

Al-Sayyid b. Tawus was interested in moral and spiritual issues more than anything else and most of his writings were on such topics, such as Misbah al-mutahajjid, Muhasabat al-nafs, Iqbal al-a'mal and Kashf al-mahajja. Al-Sayyid b. Tawus's works greatly influenced on Shi'a culture and thought. Great scholars such as al-'Allama al-Hilli and al-Shaykh Yusuf Sadid al-Din (the father of al-'Allama al-Hilli) were his students.

He was called "Dhu l-Hasbayn" (having two noble sides of birth) because, on one hand, his lineage reached Imam al-Hasan al-Mujtaba (a), and on the other hand, his great grandfather was Dawud b. Al-Hasan al-Muthanna, the grandson of Imam al-Sajjad (a) daughter and thus a descendant of Imam al-Husayn (a). So, he was mentioned among Sayyids of Hasani-Husayni who had two noble sides of birth.[3]

His father, Musa b. Ja'far was one of the great hadith narrators. He wrote the narrations he had found in pieces of paper. After him, his son, al-Sayyid b. Tawus collected and organized the hadiths in a book and named it Firqat al-nazir wa bahjat al-khatir mimma Rawah walidi Musa b. Ja'far. His mother was the daughter of Warram b. Abi Firas, one of the great Shia scholars.[4] Also, his father's mother was a descendant of al-Shaykh al-Tusi and thus, al-Sayyid b. Tawus called Warram b. Abi Firas and al-Shaykh al-Tusi, his grandfathers.[5] His brother Ahmad b. Tawus was among the scholars of his time and after al-Sayyid b. Tawus, he became the leader of Shi'a.[6]

Al-Sayyid b. Tawus started his education in Hillah, learning the first levels of science from his father and his grandfather, Warram b. Abi Firas.

He studied fiqh for two and a half years, but believing that he does not need an instructor anymore,[7] he studied the rest of the jurisprudential books of his time on his own.

Travel to Kadhimiya and Baghdad

His first journey was from Hillah to Kadhimiya. According to some reports, he made this journey to escape from the proposal of marriage with the daughter of Nasir al-Din Nasir b. Al-Mahdi, minister of the caliph Nasir al-Abbasi which was suggested by al-Sayyid's parents. Al-Sayyid mentioned the reason for his refusal, his fear of being trapped in this world.[9] However, after a while staying in Kadhimiya, he accepted the marriage and went to Baghdad and stayed there for 15 years. The exact date of his travel to Baghdad is not known. According to a report, he was in Baghdad in 602/1205-06 and according to other reports, his journey to Baghdad must be around 620/1223.[10]

During his stay in Baghdad, al-Sayyid was friend with Ibn al-Alqami, the famous minister of Abbasids who was Shi'a and was respected by the caliph al-Mustansir and the caliph gave him a house in Baghdad.[11]

That time, the Abbasid caliph gave al-Sayyid offers for taking over some government responsibilities, but Ibn Tawus rejected them. He said that he was offered the position to give public rulings, leadership of Sayyids and even ministry and companionship of the caliph, which he rejected them.[12]

The last journey of Ibn Tawus was to Baghdad in 652/1254-55, when Hulagu Khan invaded Baghdad. Baghdad was taken over by Mongols in 656/1258 and they made a great massacre in the city, but al-Sayyid b. Tawus had a safe-conduct from Hulagu Khan and apparently, he had received it following the request of Nasir al-Din al-Tusi. However, using the safe-conduct from Hulagu Khan, al-Sayyid took 1000 people of Iraq with himself to Hillah and saved their lives.[13]

Ibn Tawus accepted the position of niqaba in the reign of Hulagu Khan, although he always rejected it under the Abbasid caliphate.[14] He had this position for four years till his demise.[15]

Al-Sayyid b. Tawus was interested in spiritual issues[16] more than anything and most of his writings were about such issues.[17] A great collection of Shi'a supplications has remained in his works.[18]

Some writers have discussed al-Sayyid's determinism and his emphasis on it, they found in his works. Believing in istikhara and his frequent use of it in his personal life, writing astronomical books, the great number of his works on supplications (which are a way to change destiny by God) are among the evidence for this claim.[19] Based on this idea, historical reports of Ibn Tawus have a color of determinism as in his al-Luhuf, Ibn Tawus emphasized on Imam al-Husayn's (a) information about the time and the way of his martyrdom and predetermined result of his uprising.[20]

Al-Sayyid's inclination toward writing hadith collections on the one hand, and his negligence about kalam and fiqh on the other hand are a sign of an inclination which reached its peak with Akhbaris.

Ibn Tawus worked less on fiqh and refused to give fatwas. He said that his refusal from answering questions on fiqh was because of disagreements among Shi'a scholars about issues on fiqh and his fear about giving an opinion which would be erroneous or out of personal desires. He only had two books on fiqh which are about the rulings on daily prayers. According to Etan Kohlberg, that these books are about a topic related to a faithful heart is the result of al-Sayyid's inclination and interest in spiritual issues.[21]

Ibn Tawus did not like kalam either and especially opposed Mu'tazilite thoughts. According to Ibn Tawus, there is no need for complexities made of kalam to reach the knowledge about God. He considered the knowledge about God as the result of divine inspiration and a natural issue, not acquired through intellect and kalam.[22]

Mysticism and Keeping Away from People

One of his opinions which showed his unsociability and ascesis was his special belief on enjoining to the good and prohibiting the evil which he believed it necessary to exist only in one's heart.

Main article: List of works by al-Sayyid b. Tawus 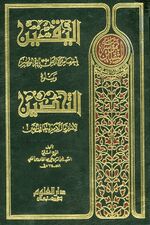 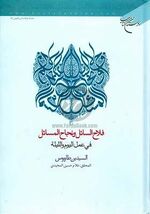 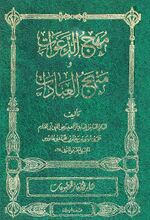 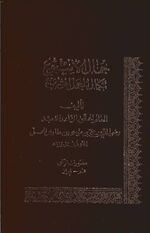 Ibn Tawus has more than fifty books, most of which are about supplication and pilgrimage (ziyarah). He had a rich library with approximately 1500 books,[25] which he used for his authoring. Some of his famous works are: Al-Luhuf 'ala qatla l-tufuf, Iqbal al-a'mal, Kashf al-mahajja, Muhasabat al-nafs.

Al-Sayyid b. Tawus went back to his birthplace, where he lived for the rest of his life. He died on Monday, the Dhu l-Qa'da 5 664/August 8, 1266, at the age of 75 in Hillah. As he has written in Falah al-sa'il he had prepared a grave in the Shrine of Imam Ali (a) in Najaf.[26] Yet there is a shrine in Hillah attributed to him.

In the Opinion of Other Great Scholars

Al-'Allama al-Hilli (d. 726/1326) says, "Al-Sayyid b. Tawus had some acts of wonder which he had told me himself, and also father narrated some of them for me."

Al-Allama al-Majlisi says, "Al-Sayyid b. Tawus was naqib, authentic, devout, and the beauty of the mystics (Jamal al-'Arifin)."[27]

Muhaddith Qummi says, "Al-Sayyid Radi al-Din was honorable, pious, devout, beatitude, the leader of the mystics, the light of the vigil, had many acts of wonder."[28]