Al-Fayd adopted a moderate Akhbari approach in fiqh, and thus he had different views from his predecessors. One of his important views in fiqh is the permissibility of singing (ghina') under certain conditions, the variability of the maturity age relative to different laws of shari'a, and the individual obligation (al-wujub al-'ayni) of Friday Prayer.

One of his social and political activities was the holding of Friday Prayer in Kashan and Isfahan.

His wife was Mulla Sadra's daughter. And their children are as follows:

Al-Fayd started his educations in Kashan, and when he was 20 years old, he went to Isfahan to continue his studies. After then, he studied with Sayyid Majid al-Bahrani in Shiraz for two years. Once again he went to Isfahan and attended the lectures of al-Shaykh al-Baha'i. In his hajj travel, he received a permission for narrating hadiths from Shaykh Muhammad, al-Shahid al-Thani's grandson. And then he studied in Qom with Mulla Sadra, and accompanied him when he returned to Shiraz and stayed there for two years. Although Khwansari and others believe that al-Fayd studied with Mulla Sadra in his first travel to Shiraz, this is not compatible with what al-Fayd himself wrote. Finally, al-Fayd returned to Kashan where he started teaching and writing. Faydiyya School is said to be called so because al-Fayd resided there for a while.

Many scholars, such as Afandi, al-Hurr al-'Amili, al-Muhaddith al-Nuri, al-Shaykh 'Abbas al-Qummi, 'Allama Amini and others have admired him with words such as philosopher, sage, theologian, muhaddith (scholar of hadith), faqih, poet, man of literature, scholar, and knowledgeable.

Although Shah Safi —the Safavid king— asked him to his palace, al-Fayd refused the invitation. After that, Shah Abbas II asked al-Fayd to hold Friday Prayer in the capital city of Iran then (Isfahan). Al-Fayd personally preferred to keep his privacy, but after consultations with his friends and companions, he accepted the request.

Some sources have also mentioned Mulla Khalil al-Qazwini, Muhammad Tahir al-Qummi, Mulla Salih al-Mazandarani and his father as his teachers. 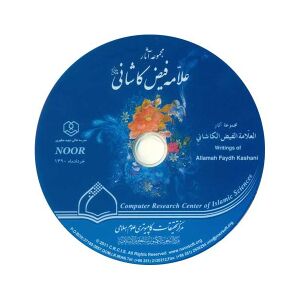 Al-Fayd was a prolific author. In his catalogue, he mentioned 100 works of his own. Sayyid Ni'mat Allah al-Jaza'iri said that Fayd wrote about 200 books and essays. Other sources report up to 140 works by Fayd. Here are some of his work:

Khwansari as well as Shaykh Yusuf al-Bahrani considered Mulla Muhsin as an Akhbari scholar. Al-Fayd's writings reinforce the claim. However, on many issues he had independent views; here are some of his particular views: