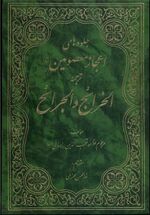 He passed away at Shawwal 14, 573/April 5, 1178.[11] His corpse was buried in the Shrine of Lady Ma'suma (a). Currently, his tomb, which was constructed by order of Ayatollah Mar'ashi Najafi, can be easily observed by every pilgrim passing the Atabaki (Imam Rida (a)) courtyard (sahn).