Muḥammad ʿAlī b. Abī Ṭālib (Persian: محمدعلی بن ابی طالب), (b. 1103/1692 - d. 1180/1766) known as Ḥazīn Lāhījī (حزین لاهیجی), was the well-known Shiite poet, historian, and scholar of the 12th/18th century. He is considered as one of the last poets in the Hindi style. In addition to collection of poems, he wrote work in the areas of the Islamic philosophy, kalam, history, and 'ilm al-rijal. Hazin died in the port city of Varanasi in India and is buried there.

Hazin's family was originally from Astara, but he went to many travels during his lifetime and he finally died on Jumada I 11, 1180/October 15, 1766 in Varanasi, India, and was buried in a district called Fatiman. His mausoleum is visited by many people in India.

Muhammad Ali started to study the preliminaries with Mulla Shah Muhammad Shirazi when he was four years old. When he was eight, he studied tajwid and the pronunciation of the Qur'an with Malik Husayn Qari, and studied important text books such as Jami's commentary on al-Kafiya, Sharh isaghuji, Sharh al-matali (in logic) and Man la yahduruh al-faqih with his father. In this period, he found in himself the tendency to compose poems, but since his father had prohibited him from writing poems, he tried to hide his tendencies. However, Shaykh Khalil Allah Taliqani, his master of mysticism, gave him the penname, Hazin, and thus publicized him as a poet.

When he accompanied his father in his travels, Hazin studied more text books with him. For example, in his first travel to Lahijan, he studied Sharh al-tajrid and Zubdat al-usul with his father whenever they stayed somewhere on their way.

Hazin also studied about other religions. He learned the Gospel with a Christin scholar, Awanus, and Torah from a Jewish scholar in Isfahan, called Shu'ayb. In his travel to Fars, he met a Zoroastrian scholar and learned about Zoroastrianism.

Hazin has 53 works both poems and non-poems. His poems were very well-known in his own time in India. There are some essays written at that time to criticize his poems, the most important of which are Tanbih al-ghafilin fi l-i'tirad 'ala ash'ar al-Hazin written by Siraj al-Din Ali Khan in 1156/1743 and one by Muhammad Azim Thabat. Until the 13th/19th century, six more essays were written to criticize Hazin's poems, which shows the importance of his poems for people of India. In his book, Tadhkira riyad al-shu'ara, Walih Daghistani criticized Hazin's poems, but he appreciated his mastery of different types of poetic forms.

Hazin composed poems in most of the poetic forms, but his ghazals are of more importance.

Most of Hazin's qasidas are sequels to those of Anwar and Khaqani. This is because of the images portrayed by these two poets; however, in comparison to their qasidas, his are ill-founded. He wrote some qasidas in the praise of the Holy Prophet (s), Imam Ali (a) and Imam al-Rida (a).

Hazin composed about 7000 verses of ghazals. His ghazals are among the last prominent instances of the Hindi or Isfahani style of ghazals. His poems, unlike those of his contemporaries and predecessors in the Hindi style, are very clear in their images and expressions. Along with Sa'ib Tabrizi, Kalim and some others, Hazin counts as one of the most prominent poets of the Hindi style. His poems are intermediaries between the style of early poets and Hindi-style poets.

Hazin's ghazals are more mystical and romantic than those of the other Hindi-style poets. He composed most of his mystical ghazals—exhibiting the features of the Iraqi style of poety—as sequels of the poems of Farid al-Din 'Attar, Rumi and Sayyid Qasim Anwar.

Hazin composed poems in Arabic that, according to researchers, are not as good as his Persian poems.

Divans and Collections of Poems

The contents of Hazin's collection show that he sought to compose five divans just like Nizami's Khamsa (quintet). Hazin's first divan—his mathnawi called Saqinama—includes 1000 verses. His second divan—known as Tadhkirat al-'ashiqin—which was written upon his return from Shiraz and his sojourn in Isfahan, includes 10,000 verses. He composed his third divan in Shiraz with 4000 verses, his fourth divan, together with a mathnawi, called Kharabat, with 1200 verses in Mashhad and his fifth divan during his residence in India. This is mentioned in the preface to Tadhkirat al-mu'asirin.

Since Hazin spent much of his life learning Islamic and intellectual disciplines with sixteen scholars of his time, he also wrote many work in Islamic disciplines with a clear and mature prose. In many sources, he is considered as a prominent scholar.

Works in Philosophy and Kalam

Sixteen of Hazin's poetic works are concerned with philosophy (such as his poetic commentary on Tajrid al-i'tiqad, Kunh al-maram, and an essay regarding the immateriality of the soul), four are concerned with kalam (such as his essay about Imamate and Bisharat al-nubuwwa), and five are concerned with biographies of prominent scholars (such as Akhbar Safi al-Din Hilli and Tadhkirat al-mu'asirin). His most important work is Tadhkirat al-mu'asirin which includes biographies of one hundred prominent scholars and poets of his time. It was written in late 1165/1752 in India. The book was published in 1996 in Tehran by Ma'suma Salik. 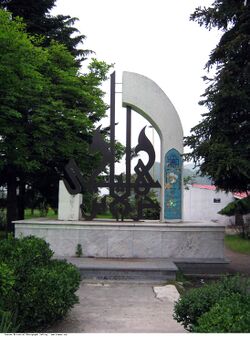 Hazin wrote two works concerning history: The events of Iran and India, and Tarikh Hazin (History of Hazin). Both are valuable sources of the history of Isfahan in the period of Afghan attacks and the kingdom of Nadir Shah Afshar. The latter was published in 1831 in London.

Apparently, there is an autobiography of Hazin in the form of poems that was stolen from his library during the Afghan attacks. Brown seems to have seen a copy of it in the British Museum.

A collection of Hazin's miscellaneous essays (such as his essay about measurement and weights, al-Mudhakarat fi l-muhadarat, and his commentary of Qasida al-Lamiyya, together with nine other essays) is published under the Essays of Hazin Lahiji in 1377 Sh/1998 in Tehran by Ali Awjabi and others.