Jahāngīr Khān Qashqāʾī (Persian: جهانگیرخان قشقایی) (b. 1243/1827 - d. 1328/1910) was a Shiite philosopher, faqih and mystic of 13th/19th century. Although he started his educations when he was in his middle ages, he learned the disciplines of his time enthusiastically and soon was considered as a great teacher of philosophy and fiqh. Many well-known scholars were students of Jahangir Khan, people such as Sayyid Husayn Tabataba'i Burujirdi, Sayyid Hasan Mudarris, Hasan 'Ali Isfahani Nukhudaki, Mirza Husayn Na'ini and Hajj Aqa Rahim Arbab.

Jahangir Khan Qashqa'i was born in 1243/1827 in Dehaqan—a village around Shahreza, a city around Isfahan. He passed away in the month of Ramadan of 1328/1910. He was buried in Takht-i Fulad cemetery in Isfahan.

Jahangir's father, Muhammad Khan Qashqa'i, was a khan in Darrashur from the Qashqa'i tribe. And his mother was a daughter of a khan in Semirom near Isfahan, but she lived in Dehaqan. This is why people in Isfahan referred to Jahangir Khan as "Dehaqani".

In his birthplace, Jahangir Khan learned how to read and write. Until when he was 40 years old, he had a nomadic life and was engaged in farming and raising livestock. He was skillful in horseback riding and archery and was interested in music. 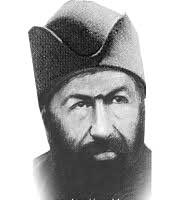 He did not wear turban, a long piece of cloth wound tightly around the head, worn by Shia scholars.

When he was 40 years old, he went to the Bazaar of Isfahan in order to buy the annual requirements of the tribe and repair his Tar (a traditional Iranian musical instrument). When he saw the Sadr School, he was attracted to its spiritual atmosphere. A person who saw Jahangir Khan's interest suggested that he attend the school to learn the religious disciplines. Inspired by this suggestion, Jahangir Khan abandoned his career in the Qashqa'i tribe to attend the school. He stayed in a chamber (hujra, Arabic: ألحُجرَة) in an Islamic seminary school in Isfahan, and stayed in the city for the rest of his life. Though he began his education when he was middle-aged, he was so enthusiastic about learning the religious disciplines that he soon became a prominent teacher of philosophy and fiqh.

Jahangir Khan made a living from the annual rents of a farm that he owned. He always wore his nomadic clothes and never wore the conventional clothes of the clergy.

He taught philosophy in the Sadr School of Isfahan for about 40 years. His philosophy courses were so populated by students that his course on the book Sharh al-manzuma by Mulla Hadi Sabziwari was held not in the chambers of the Sadr School, but in the seraglio of Charchi Mosque.

He also learned mathematics and astronomy from the well-known teachers of that time. There are ghazals (a kind of Persian poetry) by Jahangir Khan Qashqa'i gathered by Hakim Khurasani. But it is not available to us today. In some sources, a Persian exposition of Nahj al-balagha is attributed to him.