This article is about Mirza Mahdi Ashtiyani. For other people named Ashtiyani, see Ashtiyani (disambiguation).

He went to Najaf and he took the Permission of narration and ijtihad in a short period. When he came back to Iran, first he taught some courses in Qom, Isfahan and Mashhad and finally he inhabited in Tehran and established a broad scientific school in theosophy and mysticism.

Moreover, he traveled to several countries and cities such as Bukhara, Egypt, India, France, Belgium, Italy, and England and had some discussion with their scientists and philosophers.

He has different works in theosophy and philosophy, Usul and Mysticism which most of them are commentaries on important traditional texts.

Mirza Mahdi was born in 1306/1888 in Tehran; his father Mirza Ja'far was nephew and also, son in law of Muhammad Hasan Ashtiyani, one of the great scholars of Tehran.

Mirza Mahdi's childhood was in Tehran; and after learning the Qur'an and elementary courses, he took part in the classes on famous professors at that time. He learned some elementary courses such as literature, Usul and fiqh from his father and then took part in the lessons by Shaykh Hasan Taliqani as well as Mulla 'Abd al-Rasul. Then he took part in some courses in advanced level (Bahth al-Kharij) of fiqh and Usul by Shaykh Fadl Allah Nuri and Aqa Sayyid 'Abd al-Karim Lahiji, the chairman of Marwi school in Tehran, etc.

Ashtiyani went to Najaf for graduate studies in 1327/1909. He took part in the classes of Muhammad Kazim Khurasani, however, came back to Iran after one year for some illness. Then, he again went to Najaf in 1329/1911 and took part in the classes of Sayyid Muhammad Kazim Yazdi. Then, after a short period, he came back to Iran and again, for the third time, he went to Najaf and start studying in some courses by Sayyid Muhammad Firuzabadi, Muhammad Husayn Na'ini, Diya' al-Din 'Iraqi as well as Sayyid Abu l-Hasan Isfahani.

In spite of his short time of studying before great scholars of Najaf, according to his claim, he took the Permission of ijtihad and Permission of narration from all these scholars.

Ashtiyani, along his residency in Najaf, taught some courses in intellectual and traditional sciences. He prefers to come back to Iran and had some teaching in Qom, Isfahan, and Mashhad; finally he came back to his birthplace, Tehran, and has established a broad scientific school in theosophy and mysticism.

One of his personal features was that he never limited himself in geographical location or the books and texts studying. He traveled to several countries and gained a lot of experiences.

Before going to Najaf, he traveled to Bukhara and taught some courses there; moreover, he traveled twice to Egypt and one time to India, France, Belgium, Italy and England and he had some discussions with their scientists and philosophers. 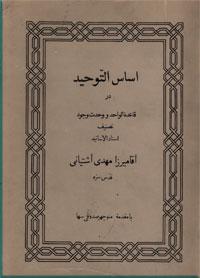