From wikishia
(Redirected from Ahmad b. 'Ali al-Najashi)
This article is about the famous rijal scholar. For other people named al-Najashi, see Najashi (disambiguation). 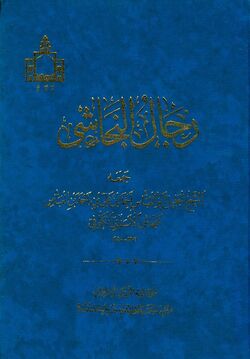 Al-Najashi died in Matar Abid or Matir Abad, near the city of Samarra, in 450 /1058-9 . The first person to mention his date of death was al-'Allama al-Hilli (died 726/1326) in his book, Khulasat al-aqwal, and no Shi'a or Sunni source before him has mentioned the date of al-Najashi's death. However, it seems that al-Najashi died long after this date, which means this date appears to be incorrect. Shubayri Zanjani says, "al-Najashi has recorded the death of Muhammad b. al-Hasan b. Hamza al-Ja'fari in the Ramadan of 463/1071, so it is impossible that al-Najashi had died in 450/1058-9".[12]