Abū ʿAbd Allāh Shams al-Dīn Muḥammad b. Makkī b. Muḥammad al-Shāmī al-ʿĀmilī al-Jizzīnī (Arabic: ابوعبدالله شمس الدین محمد بن مکي بن محمد الشامي العاملي الجزیني), (b. 734/1333-4 - d. 786/1384) known as al-Shahīd al-Awwal (the First Martyr) or al-Shaykh al-Shahīd was a great Shiite jurist and Islamic authority in the 8th/14th century. He was also knowledgeable about Sunni jurisprudence. He traveled to various Islamic countries and was granted some authorities. He has written the jurisprudential book al-Lum'a al-Dimashqiyya. He was martyred by Shi'a's adversaries in 786/1384.

Al-Shahid al-Awwal was born in Jizzin (a town in Jabal 'Amil), Lebanon in 734/1333-4. So many scholars and jurists grew up in this region, in a way that, at the time of al-Shahid al-Thani, seventy Islamic authorities attended al-Shahid al-Thani's funeral.

His father was Jamal al-Din Makki b. Shams al-Din Muhammad b. Hamid.

All of al-Shahid al-Awwal's family members were learned and knowledgeable people who were among scholars of their own time. He had three sons called Shaykh Radi al-Din, Shaykh Diya' al-Din, and Shaykh Jamal al-Din, all of whom were scholars and jurists. Umm 'Ali, his wife, was a jurist and a preacher of the teachings of Ahl al-Bayt (a). Umm Hasan (Fatima), his daughter, was a scholar in Jabal 'Amil and was called "Sit al-Mashayikh".

According to various sources, he is known as "Ibn Makki", "al-Imam al-Faqih", "al-Shahid", or "al-Shahid al-Awwal".

Al-Shahid al-Awwal was an student for Fakhr al-Muhaqqiqin (al-'Allamah al-Hilli's son). Al-Lum'a al-Dimashqiyya is his famous jurisprudential book which was written in a short time. Two centuries later, a great jurist wrote a commentary on this book who, like its author, was martyred and was called al-Shahid al-Thani [in Arabic means the second martyr]. All of al-Shahid al-Awwal's books are counted as great jurisprudential works. Like al-Muhaqqiq, al-'Allamah al-Hilli, and some other scholars' works, many commentaries and marginal notes were written on al-Shahid al-Awwal's works by jurists in the next centuries.

Among Shiite jurists, only the books of al-Muhaqqiq al-Hilli, al-'Allamah al-Hilli, and al-Shahid al-Awwal, who lived in the seventh/thirteenth and eighth/fourteenth centuries, have become jurisprudential textbooks and other scholars have written commentaries on them. During the last century, only two books of al-Shaykh al-Ansari, who passed away about 140 years ago, have become textbooks.

In the Speech of the Noble

Al-'Allama al-Amini has introduced him as the refuge for the Shi'a and the standard-bearer of religion. He writes: his scholarly and jurisprudential theories are the source of scholars' jurisprudential opinions and the reference of their beliefs, his knowledge of jurisprudence and principles and his great role in the advancement of Islamic sciences need no explanation.[1]

Muhammad Baqir Khwansari says, "His position in jurisprudence and rulings is similar to that of al-Shaykh al-Saduq in narrating hadiths from the Ahl al-bayt (a). In fundamentals of beliefs, theology, and criticism of biased thoughts, he is similar to al-Shaykh al-Mufid and al-Sayyid al-Murtada. He is like al-Shaykh al-Tusi in multitude of the number of brilliant students. Like Ibn Idris al-Hilli, he elaborated jurisprudential issues. Like al-Shaykh al-Radi, he developed and explained Arabic syntax and morphology, and like al-'Allamah al-Majlisi and Wahid Bihbahani, he wrote about religious secrets, culture and manners and cleansed deceptions and illusions from thoughts.[2]

Al-Tafrishi, a Shi'a scholar of rijal of the teachings of the Imams, writes: "Muhammad b. Makki b. Hamid al-'Amili known as al-Shahid al-Awwal, al-Shaykh al-Ta'ifa, and the great scholar of his time was the author of different researches and one of the top great scholars of twelver Shi'a and the very reliable one among them and his writings are pure and beautiful."[3]

Shahid al-Awwal benefited from great teachers some of whom are:

So many students benefited from al-Shahid al-Awwal some of whom are: 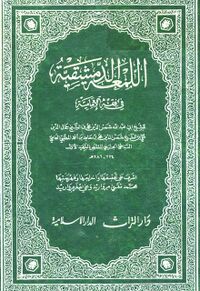 After being in prison for one year in the castle of Syria, al-Shahid al-Awwal was martyred on Thursday, Jumada I 9, 786/ June 29, 1384 at the time of Barquq, through the judicial decision of Qadi Burhan al-Din al-Maliki and 'Ibad b. Jama'a al-Shafi'i. Shaykh al-Hurr al-'Amili writes: al-Shahid al-Awwal was martyred by a sword, then he was hung and stoned and his corps was burned.[4]