Al-Sayyid Muḥammad b. Muḥammad Ṣādiq al-Ṣadr (Arabic: السید محمد بن محمدصادق الصدر) (b. 1362/1943 - d. 1419/1999) was a Shiite authority in Iraq in the fourteenth/twentieth century. He was an opponent of Saddam's government.

Al-Sadr was an active clergy; he was a political and social activist in Iraq. He was repeatedly imprisoned by the Ba'ath regime in Iraq. His activities included the holding of Friday Prayers, foundation of Islamic courts, revival of mourning ceremonies for the Imams (a), and processions to Karbala on Sha'ban 15.

He studied Islamic disciplines with Imam Khomeini and al-Sayyid Muhammad Baqir al-Sadr. He was planning to form an Islamic government in Iraq. His works are mostly concerned with jurisprudence and principles of Jurisprudence. His well-known works includes: Mawsu'at al-Imam al-Mahdi (a), Minnat al-mannan, Ma wara' al-fiqh, and Fiqh al-akhlaq.

Al-Sayyid Muhammad al-Sadr was born on Rabi' I 17, 1362/March 24, 1943. It is said that his mother could not get pregnant at first. She vowed to call her son "Muhammad" if she had a son. The similarity of his name (Muhammad) with his father's (Muhammad Sadiq) led to him being sometimes called "Muhammad Sadiq al-Sadr".

Al-Sayyid Muhammad al-Sadr married the daughter of his father's brother, and they had two daughters and four sons. All of his sons were clergymen, and three of his sons were al-Sayyid Muhammad Baqir al-Sadr's sons in laws. Two of his sons, Mustafa and Mu'ammal, were martyred together with their father in 1377/1999. Muqtada al-Sadr, the leader of Jaysh al-Mahdi in Iraq, and Murtada are his two other sons.

Al-Sayyid Muhammad al-Sadr began his studies with his grandfather, al-Shaykh Muhammad Rida Al Yasin and his father. He wore the formal dressing of Shiite clergies at the age of eleven. He studied the preliminaries with his father, and then with Sayyid Talib Rufa'i and Shaykh Hasan al-Tard al-'Amili. He studied the rest of the preliminaries with al-Sayyid Muhammad Taqi al-Hakim and al-Shaykh Muhammad Taqi Irawani.

Permissions of Ijtihad and Hadith Transmission

Here are some scholars who gave permission for the transmission of hadithss to Sayyid Muhammad:

He received a Permission of Ijtihad from al-Sayyid Muhammad Baqir al-Sadr at the age of thirty four in 1369/1949.

During the period of his authority for Shi'as, he accomplished the following socio-political activities in Iraq:

Relationships with the Ba'ath Government

When he accepted the Shiite authority (Marja'iyya), he was criticized by many people who accused him of having relations with the Ba'ath government. Some others maintain that he turned the military movement of al-Intifada into a reformist movement in Iraq, which was encouraged by al-Sayyid Muhammad Husayn Fadl Allah and welcomed by Saddam's regime.

In the second half of 1999, Ayatollah al-Sadr's attitude changed and he started criticizing the Ba'ath government. He harshly criticized the regime in his sermons at Friday Prayers. He attended Friday Prayers with shrouds, refused to pray for Saddam in his sermons, and tried to revive some Shiite ceremonies on Sha'ban 15.

Although the Ba'ath government made it mandatory to pray for Saddam in the qunut of Friday Prayers, al-Sayyid Muhammad al-Sadr did not pray for him and issued the fatwa that it is not permissible to pray for people other than the Infallibles (a) in prayers.

Some of al-Sadr's works are notes from his teachers' lectures concerning jurisprudence and principles of jurisprudence or notes written by his students from his own lectures or works written by himself. Some of his works are his lecture notes edited by researchers of "Mu'assisa al-Muntazar li Ihya' Athar Al al-Sadr" in Qom. Here are some of his works:

Digital Version of his Works 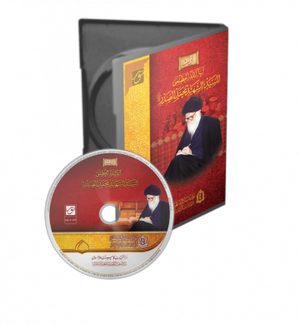 software version of the works of al-Sayyid Muhammad al-Sadr

The software contains the full texts of sixty two books in ninety eight volumes by al-Sayyid Muhammad al-Sadr in Arabic, Persian, and English regarding the exegesis of the Qur'an and Qur'anic sciences, ethics, principles of beliefs, Mahdawiyya, history, rulings of shari'a, principles of jurisprudence, jurisprudence, law, family, poetry, and physics. It also contains audio files of al-Sadr's lectures and speeches.

Al-Sadr never allowed anyone to kiss his hand or to recite salawat when he entered a place. He practiced the purification of his soul, spiritual journey, and Night Prayer.