List of Works by Ahmad al-Ahsa'i is collection of works by 'Ahmad al-Ahsa'i a well-known Imamiyya scholar, philosopher and jurist to whom Shaykhiyya (a Shiite sect) is attributed. Al-Ahsa'i has left many works in various topics. There are two bibliographies of his works:

Many of al-Ahsa'i's works are short essays that he wrote in response to some questions; some of these were later recognized as highly significant and were published independently. Al-Ahsa'i has left over hundred essays that might be found in some printed or manuscript collections. 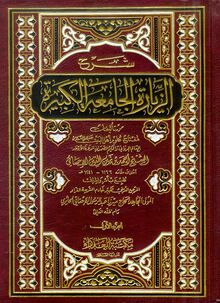 There are many manuscripts of al-Ahsa'i that are kept in the Sa'adat Library of Kerman, some of which have not yet been published.