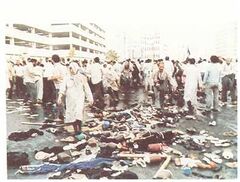 On Friday, August 2, 1987, coincident with Dhu l-Hijja 6[1], 1407, during the demonstrations of Dissociation from the Polytheists on days of hajj, the Arabian police attacked the demonstrators, and according to reports by media in Islamic Republic of Iran, they threw stones and bricks to hajj pilgrims from roofs of buildings surrounding the path of the demonstrators. After that, the Saudi police targeted hajj pilgrims with poison gasses and guns. 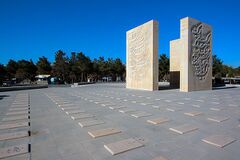