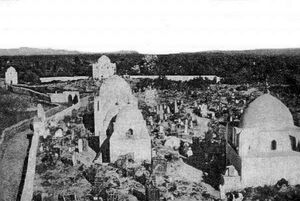 Demolition of al-Baqīʿ (Arabic: تخریب البقیع) refers to the event of demolition of historical and religious graves and shrines of al-Baqi' cemetery by the Wahhabis of contemporary time. Demolition of al-Baqi' was followed by serious protests in Muslim countries including Iran. Wahhabis destroyed places and graves in al-Baqi' two times, once in 1220/1805-1806 and the second time in 1344/1926. Many Shi'a hold gatherings, remember the event and mourn on Shawwal 8 of every year which is known as Yawm al-Hadm (Day of Demolition). 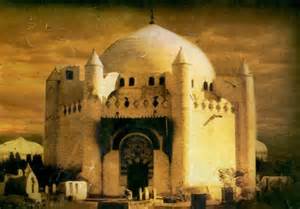 The dome of Imams of al-Baqi' before being demolished. 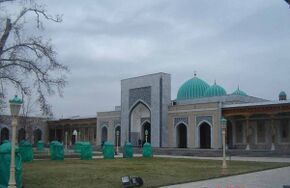 Al-Bukhari's mausoleum near Samarkand, Uzbekistan. He is a Sunni scholar whose work, Sahih al-Bukhari is the most reliable hadith-collection among Sunni Muslims, and is one of Sihah al-Sitta. 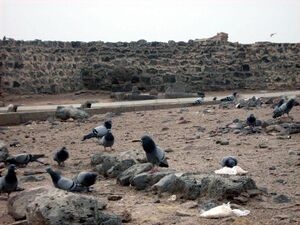