From wikishia
This article is about a companion of Imam al-Sadiq (a) and Imam al-Kazim (a). For the son of 3rd caliph, see Aban b. Uthman b. Affan.

ʾAbān b. ʿUthmān al-ʾAḥmar al-Bajalī (Arabic: أبان بن عثمان الأحمر البجلي) (fl. 2nd/8th century), was a companion of Imam al-Sadiq (a) and Imam al-Kazim (a) and one of the People of Consensus. He has quoted hadiths from Imam al-Sadiq (a) both directly and indirectly.

Aban was familiar with Arabic history, literature, and genealogy. He wrote a book on the biography of the Prophet (s).

Al-Najashi states that Aban was originally from Kufa who would sometimes live in Kufa and sometimes in Basra. However, according to al-Kashshi's report, Aban was "from the people of Basra... and he resided in Kufa."[1]

In rijal sources and in the chains of transmission of hadiths, he is mentioned by such names as Aban b. al-Ahmar,[2] Aban al-Ahmar, and Aban al-Ahmari[3] as well. His teknonym was Abu Abd Allah.[4]

Aban was a companion of Imam al-Sadiq (a) and Imam al-Kazim (a),[5] though al-Shaykh al-Tusi mentions him only among the companions of the former.[6]

Aban is regarded as one of the People of Consensus whose reliability is agreed upon among all Shi'a scholars.[7]

Some sources mention that Aban belonged to the sect Nawusiyya.[8] However, al-Khoei believes that this is a false accusation based on a copyist's error mistakenly changing the word Qadisiyya (the name of a town in Iraq) in the original manuscripts into Nawusiyya. This can be supported by the fact that al-Najashi and al-Shaykh al-Tusi both testify that Aban had quoted hadiths from Imam al-Kazim (a).[9]

Aban is also accused of being a Fatahi or a Waqifi. Al-Khoei rejects these accusations as well, based on the fact that such claims are not compatible with Aban's being one of the People of Consensus. He believes the accusation of being Fatahi is a mistake of al-Allama al-Hilli.[10]

Aban has quoted hadith from Imam al-Sadiq (a)[11] and Imam al-Kazim (a),[12] and from such hadith transmitters as

In his Mu'jam rijal al-hadith, al-Khoei mentions the names of more than one-hundred hadith transmitters from whom Aban quoted hadiths.[20]

More than fifty hadith transmitters quoted hadiths from Aban,[21] including: 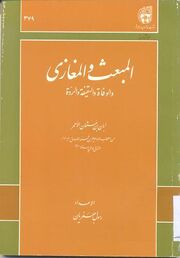 Al-Najashi and al-Shaykh al-Tusi mention that Aban had a book[28] that contained the following parts:

Rasul Ja'farian reconstructed the book's text from different sources, and it was published in 1375 Sh/1996-7 in Qom.[30]

Aban has been sometimes mistaken with Aban, son of the third Caliph. For instance, Fuat Sezgin mentions Aban b. 'Uthamn b. 'Affan as one of the early biographers of the Holy Prophet (s), from whom al-Ya'qubi quoted in his Tarikh al-Ya'qubi. However, the Aban that al-Ya'qubi refers to is Aban b. 'Uthman al-Ahmar, because al-Ya'qubi clearly states that he quoted hadiths from Imam al-Sadiq (a),[31] and this does not accord with the age range of Aban the son of the third Caliph, present in the Battle of Jamal.[32]