Jump to content
(Redirected from 'Ubayd Allah b. al-Hurr al-Ju'fi)

ʿUbayd Allāh b. al-Ḥurr al-Juʿfī (Arabic: عُبَیدَالله بن الحر الجُعفي) was among those who did not accept the call of Imam al-Husayn (a) for accompanying him, but he did not accept and did not accompany Imam (a). After the Event of Karbala, 'Ubayd Allah so much regretted his dereliction, so he joined the Uprising of al-Mukhtar al-Thaqafi, but after a while, he broke the promise to al-Mukhtar and joined Mus'ab b. al-Zubayr to fight against al-Mukhtar.

At the Time of Imam Ali (a)

'Ubayd Allah b. al-Hurr al-Ju'fi was a brave man and an advocate of 'Uthman b. 'Affan. When 'Uthman was killed, he joined Mu'awiya and in the Battle of Siffin fought against the army of Imam 'Ali (a). After the martyrdom of Imam Ali (a), 'Ubayd Allah went to Kufa.

When Imam al-Husayn (a) moved toward Kufa, 'Ubayd Allah went out of Kufa to not encounter Imam (a). However, near Karbala, he encountered Imam (a). When Imam al-Husayn (a) arrived in Qasr Bani Muqatil, or according to another report, to Qatqataniyya, some farsakhs from Karbala, he saw a tent and asked to whom it belonged? They said that it belonged to 'Ubayd Allah b. Hurr al-Ju'fi. Imam (a) sent someone to him (most books have reported that this person was Hajjaj b. Masruq al-Ju'fi) to invite him to help the camp of Imam (a). Still, he excused and said, "I did not come out of Kufa, but because I was afraid that al-Husayn (a) goes there and I would not be able to help him." The person Imam (a) had sent, returned, and delivered 'Ubayd Allah's answer to Imam (a).

According to what is mentioned in sources, Imam al-Husayn (a) went to his tent, sat and praised God and said, "O man, you have made many mistakes in the past and God will ask you for your actions; don't you want to return to Him in these hours and help me so that my grandfather intercedes for you on the Day of Judgement?" He said, "O son of the Prophet (s), if I come to help you, I will be killed at the beginning before you, and I do not consent to die but take the horse of mine; by God, I swear no one has ever gone with it to pursue anything except they have reached it and no one has ever chased me unless it has surpassed it and I have been rescued." Imam al-Husayn (a) turned his face from him and said, "I do not either need you or your horse." and then recited this verse from the Sura al-Kahf,

and continued, "so, escape from here and go! Do not be either with us or against us! Because if someone hears our call for help and does not answer, God will throw him to the hellfire on the face and will be destroyed." Then, Imam (a) returned to his tent.

After the Event of Karbala 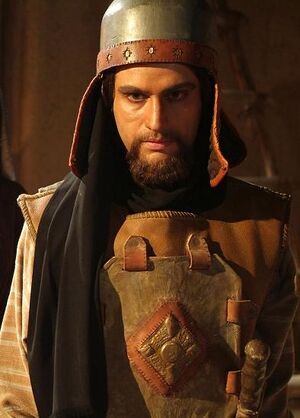 After the Event of Karbala, 'Ubayd Allah so much regretted his dereliction and was always regretful.

Following the Uprising of al-Mukhtar al-Thaqafi in 66/685 to revenge for the blood of Imam al-Husayn (a), 'Ubayd Allah joined him and together with Ibrahim b. Malik al-Ashtar went to fight with Ibn Ziyad. Ibrahim was worried about his presence among his soldiers and told al-Mukhtar in secret, "I fear that 'Ubayd Allah b. al-Hurr leaves me alone in a critical time." But, al-Mukhtar told him, "Be nice to him and fill his eyes with wealth! He loves the world."

Ibrahim al-Ashtar went to Tikrit with him and appointed him as the agent of taxes in the region. He then distributed the taxes among the companions and sent five thousand Dirhams for him. 'Ubayd Allah became angry and objected and claimed that Ibrahim had taken more for himself. Ibrahim swore that he had not done so, and sent to him more, but he still was not contented and revolted against al-Mukhtar and broke the promise he had with him. He looted the villages around Kufa and killed the agents of al-Mukhtar and confiscated their properties and went to Mus'ab b. al-Zubayr in Basra. Then, al-Mukhtar sent some people to destroy his house in Kufa.

When Mus'ab b. al-Zubayr moved to fight with al-Mukhtar, 'Ubayd Allah joined him and participated in the war with al-Mukhtar. But, Mus'ab feared and imprisoned him. After a while, 'Ubayd Allah was released by intercession of some people and began recruiting 300 soldiers. He attacked Kufa after Tikrit and made the situation difficult for Mus'ab b. al-Zubayr. Finally, some of his soldiers left him, and in 68/687-8, he threw himself into Euphrates to avoid being captured by the army of Mus'ab and was drowned.